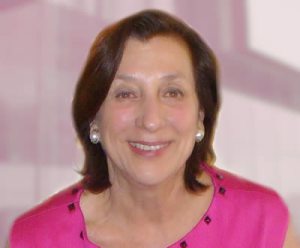 Alice Stephens has appeared on numerous TV shows, and has been quoted in magazines and newspapers. She also appears in the 2000-2001 edition of Who's Who.

"Amazing therapist: I have been to many therapists over the years, but it wasn't until I started to see Alice that my life's issues finally began to make sense to me. I ALWAYS walk away from each session with a few gems of wisdom or insight. She's truly brilliant at what she does. Highly recommended."

"She saved our marriage: We were fighting all the time and couldn't talk to each other when we first came to the American Marriage Center. Alice Stephens over a period of time helped us figure out how to communicate without being at each other's throats. She never took sides as I feared she might and my wife and I are very grateful."

"Mrs. Stephens saved our marriage: My husband and I decided that we needed to find a therapist who would listen to us and give us constructive guidelines to address our issues together. After reading the material on Mrs. Stephens website, we gave her a call and set up an appointment. She has given us the tools to communicate more effectively and has brought us closer together."

Powered by WordPress and WordPress Theme created by aaXia Interactive!.